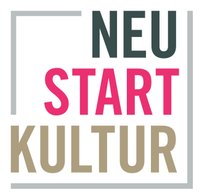 The paintings of the exhibition "growth & overgrowth" deal with the cyclic processes of nature. The work is dealing in the duality of growth and decay.
Growth in a society as an ongoing process of unstoppable greed is limited by nature. Nature, which in its essence is cyclical,keeps making room for new things to come into being by way of decay. It is about the violent forces and vulnerabilities inherent in thissystem too.The paintings of this exhibition are abstract only on the first glance; but they aren't figurative either. They do not depict landscapes or other readily identifiable natural shapes, but are more about the process of seeing, about perception itself.

The texture of bark or roots might appear to your imaginary eye and over there you can almost glimpse that shimmering presence of a clearing in a forest. But these organic structures and shapes are deeply intertwined, interconnected and in communication with each other. In some pictures, like "transformation", the gaze of the viewer is being directed around within the work, time and again finding access to the painting at new places on its surface. The painter describes this quality of her work as oscillation: A kind of perception that is oscillatory and renders the paintings into spaces of possibilities. With her powerful painting, Franziska Beilfuß conjures up a new perspective on the relationship between humans and nature.

In the painting „Neuanfang" (Renewal), for instance, a new seed is growing within an
overgrown, decaying environment. The dark, merging colors of decay painted on a yellow base contrast with the vivid, powerful colors of new beginnings. And so the cycle comes into being.

In contrast to "Illico", the previous series of works of the artist, the paintings of this exhibition are more interwoven in their shapes and gestures. Everything seems to be subject to disintegration, witness to the blasting away of forms, a process of constructive deconstruction, of ordering anew.

Painters like Paul Cezanne and Per Kirkeby found their own access to the abstract when studying nature. Structures and apparent disorder found in the underbrush, in the processes of decaying and in overgrowth are apparently arbitrary both on a small and a greater scale. But they make sense on a closer inspection that allows for greater temporal and spatial cycles to be looked at. All appears to be connected and to make sense. It's these cycles, the transformations and processes of nature, more than its superficial appearance, from which Franziska Beilfuß draws her inspiration.

Radiating patches of green, both cold and warm push against iridescent tones of purple, shine light onto deeper, partially laid bare background layers and porous shapes, which have been applied with the palette knife in gestural movement. Organic, writhing patches of paint that feed into one another again and again hint at cyclical processes that combine anew and resorb dead matter back into the cycle.

The painting "Abstand" (Distance) refers to a mode of perception that eludes the shortsightedness of fashions and actualities and dedicates itself to greater spatial and temporal interrelations. And so a feeling of tranquility and coherence is achieved in spite of the apparently constantly clashing and contrasting elements of the painting. In this, the painting might be connected to our current times, which see a rise in people yearning for basic, enduring values and motivations after outbreak of the pandemic and the outbreak of war. This broadened perspective is ultimately a chance for the viewer to look upon their own life more freely. The painting “Pfad ohne Tor" (Path with no gate) might hint at such freedom of perception. It might serve as a suggestion to also explore trails that have not yet been defined. With this perspective, the paths that might seem unconventional, might just be paths we have forgotten about.The powerful colors encourage the viewer to go on, push ahead.

Franziska Beilfuß (1986) is a German painter. She lives in Berlin. She studied at University of Arts Berlin (UdK) and finished with the title Meisterschülerin. She also studied at Freie Universität Berlin (FU), as well as University Of The Arts, Byam Shaw, in London (UAL). She spent a study visit in the city of Ulan Bator in Mongolia.